After leaving Kalebe’s I took a bus from Floripa to Balneáiro Camboriú, where I met Lucas, Felipe, Renato and some of the other guys from the Curitiba parkour scene. For those that aren’t familiar with it, Balneáiro Camboriú is the definition of a beach town, with a year-long population of 80,000 that is inundated around Carnival by around 720,000 visitors who own “vacation” property in the city. Since some of the guys from Curitiba had family vacation homes or girlfriends with in the area, they came out to take advantage of the beach and to train with Felipe, one of their teammates who is studying there. I got lucky in my timing, as I was able to stay in an extra bed at Felipe’s grandfather’s house for a few days (a really cool house on the edge of the river) and hang out with the guys at the beach.


One of the mornings Felipe and Lucas took me to a local beach that they liked to train at for an early-morning training session. The beach turned out to be covered with huge boulders that created a perfect place to train for a few hours before the sun got too hot and we had to retreat to the get food. 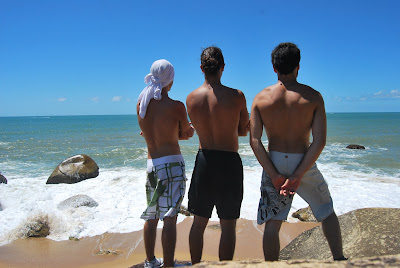 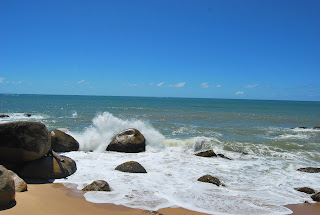 Since it was Carnival, the guys also took me to see the nighttime activities that were happening along the beach. While the experience is tough to describe with words, and I didn’t bring me camera with me, I think it would be fair to say that Brazilian Carnival makes American block parties, Davidson Spring Frolics, and London’s Notting Hill Carnival look like parlour parties.


After a few days of enjoying Carnival in Balneáiro Camboriú, Lucas and I headed back to Curitiba to go back to “normal life”.
Posted by Blake Evitt at 10:39 AM