The drive to Curitiba was a great opportunity for me to ask Lucas a bunch of questions about his experience with parkour and the scene that had developed in Curitiba.  I also got my first glimpse of the complicated and impassioned world of “Brazilian Parkour Politics”, a subject that I would become more and more familiar with as my journey continued.  While Bruno had hinted to me in London that Brazilian parkour was developed, I hadn’t realized that, like any large national organization (I’ve been told that there are an estimated 15,000+ traceurs in Brazil), lots of drama has also developed between the various factions as well (both regional and personal).

I stayed with Lucas and his family during my stay in Curitiba, and I was impressed yet again by how open and inviting the Brazilian people are.  I was immediately accepted into the family routine, which was a weird (but good) feeling since I haven’t lived in that type of environment since I left the States in June.  As Lucas only had class at night, it left of the day open for us to explore Curitiba.   Curitiba had a number of really great spots to train and I found that the level of parkour that had developed over the years was pretty impressive.
Lucas also made sure to try to introduce me to as much Brasilian culture as possible during my stay.  We watched the very popular Brazilian film “Tropa de Elite”, a film based on events that had occurred in the prelude to the recent favela conflict in Rio de Janiero that had international new stations spreading images of war and devastation (as usual, the insiders take is very different than what international news agencies show).  The film shows the depth of corruption that was/is rampant in the police system in Rio, and just how independent the favelas really are.  Since Brazil doesn’t have a very developed film industry, (most movies here come from Hollywood or the Latin American equivalent) many Brazilians herald this film as “the best Brazilian” film in recent years.

In addition to Brazilian cinema, I went to class with Lucas to see what college (aka “uni” for the Brits and Aussies reading) is like in Brazil.  From what I understand, the whole Brazilian college experience is very different from the one that I had back in the States.  For starters, most people go to school in the city that they are from, and there isn’t a huge amount of interstate travel for school, especially since many students live at home for the duration of their studies.  Since public universities are free in Brazil, it means that the opportunity is technically available to all students, although the difficult final examinations at the end of high school still serve to keep less-affluent students from attending as they often aren’t as well prepared as wealthier students.
One of the major differences that I found here, as well as in other countries is that students do not live together in dormitories.  While some may live in apartment complexes or neighborhoods with high concentrations of students (like Kalebe), the majority live at home, meaning that much of the “college life” that Americans experience doesn’t exist here (be honest, we’re in school or working for a max of 8-10 hours, the other 14-16 are spent with peers).  While I’ve tried to convince people here that American college life isn’t exactly as Hollywood depicts it, it’s hard to find a point of reference between their lives at school and the one depicted in American movies… 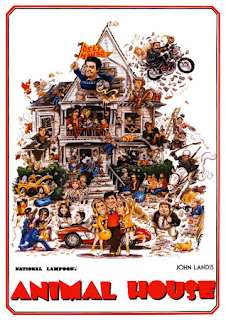 The training that I saw in Curitiba was pretty varied and Lucas and I spent most of the first few days checking out different training spots around the city.  One of the more interesting ones was a major church in the area.  While I would never have imagined that this trip would have me doing parkour in a church, I guess I should be used to the unexpected by now.  Apparently the “church parkour movement” is very popular in Brazil, with a reported 5,000 traceurs throughout the country (while I’m not sure that I believe this number, that’s what I was told (in the church).)  It’s also unclear as to whether these traceurs only practice with church groups, or if they are traceurs that happen to go to church training sessions.  The church itself turned out to be a great training spot since it had lots of level changes, obstacles, and was absolutely enormous (the inside looked more like an athletic stadium than church, minus the popcorn and peanut vendors of course).

Since Lucas wanted to make sure that I got a full exposure to Brazilian nightlife, Friday night we hosted a “churrasco” at his father’s house with a bunch of the parkour guys.  True to traceur form the event included the usual parkour antics like fingergrip-pullups on door frames and other feats of physical prowess as well as large quantities of meat in all forms (it wasn’t quite a sausage-fest, but the ratio of guys to girls was pretty close).  I had a lot of fun hanging out with the guys and meeting some of the traceurs that hadn’t been able to make it to the training sessions earlier that week like Tiago and Cassio Jr.  After a lot of meat (I was introduced to chicken hearts- which are actually pretty good) and Brazilian beer*, we crashed in various parts of the house to get some sleep before training the next day.
*Note about Brazilian beer:  The Brazilians claim that traditional Brazilian practice of drinking beer only when its ice cold is because it’s so hot here.  However, I’m convinced that this is really because Brazilian beer tastes so bad that it can only be drunk at sub-zero temperatures that numb the taste buds.  I know my gringo-ness probably explains this but I’m pretty sure that Brazilian beer is about the only food or drink that I haven’t enjoyed in the country.  I’ll take a caipirinha over a beer any day.
Saturday morning saw a pretty groggy group of guys head to the local university to meet Luiz, one of the first traceurs in Curitiba, for some gym training at the local university.  This was pretty much an “open-gym” pass for Lucas, Tiago, Cassio, Luiz and I to use the trampolines and other gymnastic materials to our hearts content for a few hours.  Being back on a trampoline was great, and I was able to work a bit more on back and front tucks under the supervision of people that knew what they were doing (Tiago works at a circus school).  After training in the gym we grabbed a quick bite to eat at Subway (it seems to be the default lunch stop among Brazilian traceurs) and then met up in the middle of the city for some outdoor training with more of the guys.  While this is a compilation made by the guys a while before I came, I think that the title and the images sum up the parkour scene in Curitiba pretty well.

Since Saturday night was my last night in Curitiba, Lucas decided that my visit wouldn’t be complete without a night out on the town.  We met up with a “semi-retired” traceur, Rafa, for a pretty epic night in one of Curitiba’s nightclubs involving lots of socializing, some caiparinhas, and a pretty impressive multinational mix.
Sunday was spent recovering from the late bedtime the previous night and hanging out with Lucas and his family before I headed to the bus station to take the overnight bus to Sao Paulo.
I think that one of the best parts of this week in Curitiba was that I got to see parkour at all stages of its development.  I met with the guys that first brought parkour to Curitiba, saw what they do now, and also saw what the fruits of their labor have created.  While I can’t say that Curitiba had the most developed or organized scene at the time of my visit (which coincided with the very beginning of the “reorganization” of the parkour community here), I can say that they are fast on their way to getting there.  Talking to guys like Tiago, who has taken his parkour skills to instruct at a nearby circus school (an awesome program- check out the website here) made me realize the potential that parkour has in a variety of arenas.  I also got a lot of time to talk to Lucas about his hopes for CTT (Curitiba Traceur Team) and got a sneak peak at the GAP Parkour Classes that in weeks since I left has made huge strides in making parkour available to a much wider audience in the area.  Both the setup and the instructing for the classes looked well-planned so I’m excited to see the result of this program.  I’m also glad that the guys here are starting to come around to the idea of “paid parkour class” since based on my experience, I think that it’s one of the few ways to really develop a community (Chile seems to be a bit unique).
Posted by Blake Evitt at 6:52 PM