Paris – A visit to the World Wild Souls (2WS) Boutique

In addition to having a chance to reconnect with old friends and get some “quality training time” with the Yamakasi, my other reason for visiting Paris was to check out the World Wild Souls, aka 2WS, store that opened last fall.

I first learned about the launch of the brand when I visited in June 2010 for the ADD Experience.  It was there that I was introduced to the two main people behind the effort, Daniel Toti and Stéphane De Maintenant, and got a glimpse of the efforts and plans underway.

World Wild Souls, also known as 2WS is something that has been in “in the pipes” for a quite a while now.  Actually, if one looks closely, the logo and name can be seen on some of the clothing and media items used by the Yamakasi in some of the earliest videos (this is from quite a few years ago, notice the cut of the shirts and the logo on the back)


It wasn’t until a few years ago when Daniel, a veteran of the Parisian fashion industry, and Stéphane, with an extensive business background, came in contact with the Yamakasi and plans for the clothing went beyond a small, custom-made line of clothing to something larger.  The official launch of the brand occurred in October of 2010 and since then it has been making steady progress in becoming recognized in France and throughout the parkour community.  After nearly a year of hearing about the brand and everything going on in Paris I decided to pay a visit to check things out during my trip to Paris.

The 2WS store is located on a small street in Paris near the fashion district of Les Halles on Rue Jean-Jacques.  While the street that is located on is not exactly a main thoroughfare, there is a constant stream of people coming into the store, usually from within the extended “family” of the Yamakasi or the staff at 2WS.

After a quick tour of the building and the labyrinth of caves and storerooms down below (almost an extension of the Parisian catacombs) I met with Daniel, Antoine (one of the managers at the store and the younger brother of Tony Thich) to talk logistics and about the potential pairing of my travels with the development of 2WS.


All of the items are made from 100% cotton, although the feel to the cloth is very different from the standard cotton gear that one often finds in the US or Europe.  The symbol on the back of many of the items, known as a “chesu”, is New Caledonian in origin and symbolizes the Yamakasi spirit of “esprit fort, corps fort” (“strong mind, strong body” in English).


In the year since the launch the brand has grown a lot and been featured in a number of fashion-related events in Paris.

In addition to heading back to London with a few items to wear on my travels, I also came back with the title of “Global Brand Representative” for the brand, with the task of promoting the brand as well as the history and ideas of the Yamakasi roots as I travel.  While this isn’t really any different what I’ve been doing in the past, it has given me a unique opportunity to use some of my marketing experience while working for a company and ideology that I strongly believe in.  And of course I get to wear and test out some pretty awesome clothing in the process.

For more information on the brand and the clothing, check out the newly refurbished site below.

Some more photos of the clothing from 2WS below... 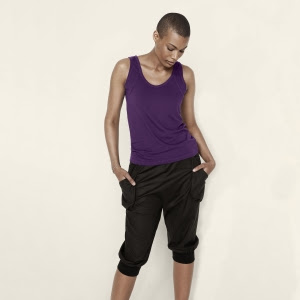 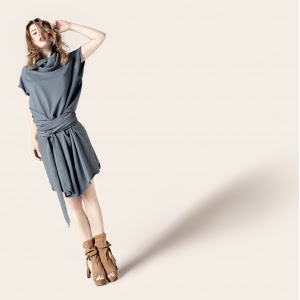