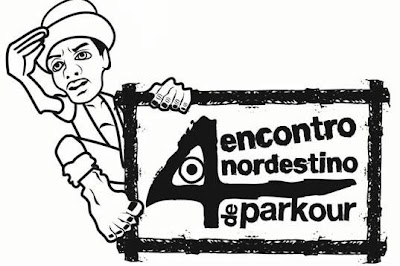 After arriving in Aracaju I met up with some of the local guys at the bus station and then went with them to check out some local spots while they scrambled to figure out where to house me for the few days before the jam since their previous plans had fallen through.  Luckily I was able to stay with Igor and his wife Milla for a few nights.  This gave me a much needed chance to rest up a bit before the jam, since at that point I was nursing tendonitis in a wrist and both knees, and a generally ached all over.  I spent most of that time hanging out at Igor’s place, enjoying delicious smoothies that Milla prepared, trying to catch up on the blog, sleeping a lot, and riding around with Igor on his motorcycle.
On Wednesday people started arriving for the jam so I moved my stuff over to the gymnasium that was serving as the home base for the event.  The actual setup for the event was pretty impressive, and it took me a while to grasp the full extent of the preparations that had been made.  The entire event had been planned by the local group, the Associação Sergipana de Parkour (ASPK), and was based out of the city’s indoor arena.  Built for basketball/volleyball/handball, the arena was fairly large, and featured a number of dormitory-style rooms underneath the stands for visiting teams or for hosting events.  Since most of the guys attending the event were from the other northeastern states of Brazil, there were over 100+ guys that needed to be hosted for the event.  Of course, having 100+ traceurs living together in one place inevitably leads to all sorts of high-energy games and mischief, a fact that was made apparent the first night in a very energetic game of tag.
One of the nicest things about living in the arena, and about the event in general, was the lack of red tape that the event had.  Basically the rule was “don’t be stupid, take responsibility for your actions, and don’t give the greater parkour community a bad name”.  This meant that we were permitted to explore pretty much every inch of the facility, from the crawl spaces under the stairs to the big tower that led out to the roof.  The only limiting element that existed was a large spiked fence that ran around the property and that was kept locked at most times.  While I wasn’t sure if this had been done to keep the general population out, or the traceurs in, it proved effective at both jobs.
Over the course of this trip I’ve had the opportunity to participate in a number of jams and workshops, and this one was by far the best organized and well-planned of them all.  There was a large chartered bus that ran each day to the designated training spots, there was a heavily discounted lunch (about $2/day) that was delivered each day for the guys, t-shirts for all the participants (really nice ones), and a ton of scaffolding that had been donated for the event.  The most impressive part was that this was all done at no cost to the participants themselves and that all the money for the event had been raised through outside fundraising and sponsorships.
The event itself was also pretty structured for a Brazilian event; the simple facts that parts of the city had been designated as “training spots” for each day and that the whole group was driven to them in a chartered bus meant that the event was much more “planned” than most Brazilian parkour events I had witnessed.  Upon arriving at the spots, some people would make an effort to do a warm-up for those that were interested, but most of the people at the jam would immediately spread out around the area to train in smaller groups, with sporadic attempts to unify the whole group with games or challenges. 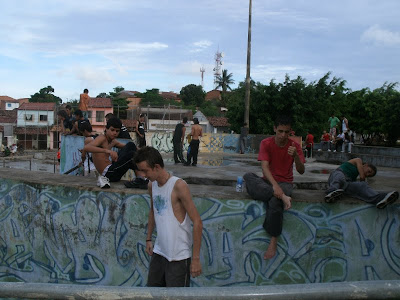 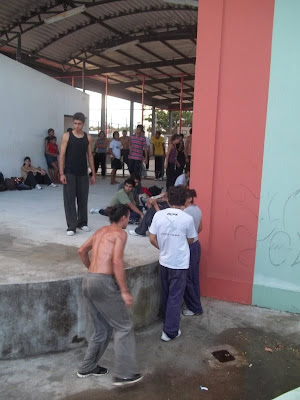 One of the best things about the event was the diversity of the event, which featured guys from all over the northeast regions (Pernambuco, Bahia, Sergipe, Ceará, Rio Grande do Norte, Alagoas, Paraíba), as well as a huge range in ages and skill levels.  This ensured that no matter the training spot, there were always people to train with that would be able to push you.  While I’d become accustomed to being impressed by the skill level of the Brazilian traceurs, this event was no exception and there were a number of guys that had evidently been training for quite a while.  Aracaju also had a number of spots that seemed to have been custom made for parkour, and were able to cater to all different skill levels. 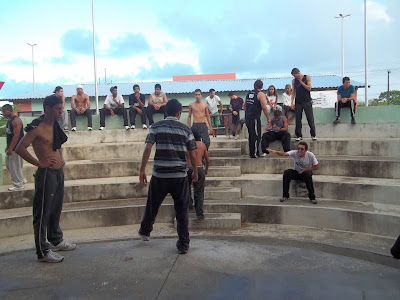 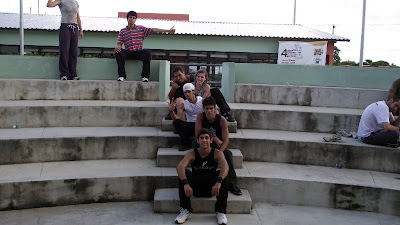