A bit more background on the setup at Gerlev.  The school year is made up of 3 semesters: September - December (17 weeks), January - February (8 weeks), March - June (17 weeks), and a summer break in which the campus hosts a full schedule of seminars and workshops from July - August.  The different semesters allow for a wide variety in the sports that are offered (see here for the full list) but also creates a key part of the financial backbone of the school.  The Danish government subsidizes up to one third of the operating expenses of the school, with another third that is paid by the student’s tuition, and the final third that is covered by the use of the campus by a number of summer events and workshops in addition to conferences throughout the year.

The 125+ students at Gerelv hail from all parts of Denmark with a fairly equal representation from the three parts of the country (Zealand, Funen, Jutland, and Bornholm).  While the majority fall within the 19-22 year-old age range of young adults that have finished high school and are taking some time off to travel and "find themselves" before continuing their studies or seeking employment, there are quite a few students that are older than the average, yet still seeking some personal reflection time.
A typical day as a Gerlev student
A typical day for me starts at 7:20, as I crawl out of bed, put on whatever clothes are close at hand (depending on the weather this is either a sweatshirt and sweatpants, or a t-shirt and sweatpants- more on the dress code here later) and then head down to breakfast, where I am greeted by this:


At 8, we all head to the main hall where we have the morning assembly.  Since the morning assemblies that I had experienced previously in middle and high school in the US were not particularly positive (usually an obnoxiously cheerful voice reading semi-relevant announcements over the loudspeaker way too early in the morning) the assemblies here were a bit of a shock to me.  First of all, each assembly starts with the entire staff and student body singing a song from the school hymnbook that each student is given when they arrive at school. 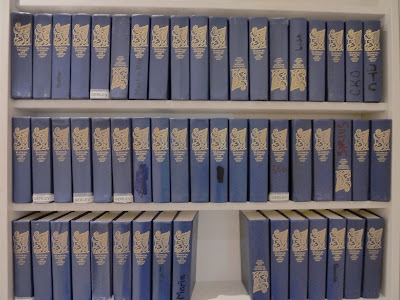 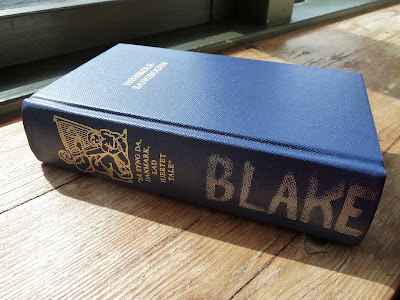 Most of you who know me know that I am not particularly gifted at singing, and I have found that I am even less gifted at singing in a language that I can neither read nor speak.  That being said, there is something remarkably uplifting and uniting about mumbling Danish songs alongside a room full of fellow students and staff each morning.  I've also found that over the course of a few months I have started to grasp the semi-correct pronunciation of the words in the book, although I still have no idea what 99% of them mean.


After the song there is a 20-minute presentation by one of the staff members or students on a topic of thier choice.  Some of the subjects this past semester covered the foundations of democracy, growing up in a foreign country, personal challenges and conflicts facing students, background on various pieces of artwork around the school, influential life experiences from students or staff, and a few life lessons from the wiser and more seasoned members of the teaching staff.

Following the morning assembly are the four 90-minute class periods that make up the main portion of the day.  In between each class there is a break for food, whether it's the mid-morning snack, lunch, or mid-afternoon snack.  More details on the food later as a paragraph or two can't do it justice.  Each student has a Speciality course in which they have 8-10 hours of instruction each week and which is essentially their "major" while at Gerlev.  Students also choose a Sports Subject, which meets for 6 hours a week over a 2-month period.  In addition to these, there are two Study Subjects, which meet for 3 hours/week and change after 2-months.  Here is a copy of my schedule for the past 4 months:

The classes schedule is set up to to ensure that that students get a maximum amount of instruction time, but it also groups the classes to ensure that the instructors benefit from the scheduling.  It took me a few weeks to realize but the schedule is actually cleverly set up so that most of the instructors are actually only needed on campus for a maximum of 4 days/week, allowing them time to pursue other interests or classes, train in their discipline, and spend time with family (which do not always live on campus), or run another business (like Mikkel and Martin at Streetmovement).  The schedule below gives a rough idea of my normal weekly schedule:

Some explanation about the classes mentioned in my schedule:
As one can see, I spend the majority of my class hours in Parkour, but over the course of the week I spend a lot of time in the other classes as well.  Of course the schedule doesn’t show the training sessions after classes finish, in the evenings, or on the weekends (I know that it’s hard to believe, but I spend a lot of my free time training, conditioning, or writing about it) but it gives a general idea of how I spend my time.


The Streetdance (also includes "House for Dummies") class has been a lot of fun and the opportunity to do it here with real “classes” has been a great opportunity and allowed me to sample from a number of different styles including house dance, jacking, popping, locking, hip hop, in a setting that is condusive to beginners like myself.  The second two months saw the creation of a performance group called "The Grind" in which a number of the students performed various pieces at Gerlev parties and events.


Games is actually “Tradition Danish Games” and is actually a 2-part course that takes place in the Gerlev Legepark (Gerlev Playpark) located next to the school.  The first two months of the course were spent playing a lot of the games and learning about them, with a few instances when we were expected to lead the sessions ourselves.  The secod half of the semester the focus has been entirely on the instruction of these games and how to use them to bring different groups together and develop certain skill sets in children.  While a few of the games are very similar to the ones that I played as a kid, there a lot that were new to me and that I will definitely be taking back home with me.

Martin (from Streetmovement) taught this class about Sports Massage, not the lovey-dovey sensual massage that some might expect at a højskole.  Needless to say, although the massage sessions themselves were not the most relaxing experiences, especially when given by other parkour guys, they certainly helped to speed up recovery from the training and I learned a lot of useful techniques.

Knife-making is pretty self-explanatory, we ordered blades and blocks of wood from local sources and have spent the last few weeks designing, shaping, sanding, gluing, and polishing our knives.

Needless to say, I am only taking one load of courses at the school so my schedule only reflects a small sampling of the options at the school.  For more information on the full range of activities available (there are a lot), check out the Gerlev website.

The School Meeting has been an interesting experience for me as I think it shows a lot about the Danish culture.  During the meetings the student body and staff discuss the happenings and highlights of the past week, discuss preparations for the upcoming weeks events and guests or visitors, and bring up any issues that warrant school-wide discussion.  While at first this seemed like an impractical forum for discussing things that might only impact a small amount of the people at the meeting, over the past four months I've come to realize that these meetings do more than address the problem at hand.  These meetings offer an opportunity for anyone to voice concerns, problems, or proposed changes in a setting that is both receptive and representative of the entire group.  I was surprised to find that the issues presented were not resolved by a vote (which was described to me as a tyranny of the majority) but instead by the discussion of the issue until one side had gained the group's consensus.  If all else fails, a committee is made to look into the issue further (Danes really seem to like forming committees, sub-committees, and committees to oversee the committees).

Club Sports is entirely organized by the students and offers many students the opportunity to try things that they can't cram into their schedule otherwise.  There are the typical offerings (crossfit, circuit training, parkour, yoga, gymnastics, board games...) but each semester there are some sports that are unique to the interests of the students on campus like tree climbing, board games, and Vist (a danish card game).  However, about halfway through the semester I decided that "club napping" was best for my physical health, especially since my increasing sleep debt was starting to hamper recovery.

The Joint Class changed each week and was basically a great excuse for all of the students to get together to participate in an activity.  Different teachers and members of the staff led each week, so the themes were as varied and eclectic as thier interests and backgrounds, including swing dancing, cricket, group discussions, salsa, viking games, grinding, playpark events, hide-and-seek, Human Stratego, flashmobbing...