My introduction to Argentinean parkour was at a weekly gathering in the Parque Chacabuco, a 15-minute ride on the Subte (the Metro system in BA) from my hostel. This event, which happens every Saturday from 10am until the guys get tired or night falls, serves as both a “jam” for the more experienced traceurs, and also as an opportunity for newcomers to the sport to learn the basics. While there aren’t any formalized classes set up, there is a sort of instruction that is led by one of two of the guys at the start of the day. When I arrived at 9:50am I was surprised to find that a number of the Argentine traceurs had defied their national stereotype of being on “Latin time” and were already well into various stages of warming up and going over the basics with some of the beginners. Right away I was given a friendly welcome by a few of the guys and asked the usual barrage of questions that seems to accompany my now-perfected one minute spiel describing what I’m doing.

The group of thirty or so traceurs that had showed up that first Saturday was a pretty diverse group in terms of athleticism and experience. While the guys were all pretty much within the typical YouTube parkour age group (14-22) the experience levels differed dramatically, with some guys with 3 years under their belts and others being total newcomers. After a quick warm-up I shadowed the group around for a few hours as they moved from one training spot to another throughout the day. As I learned later on, the early morning session was more of a “beginner’s” session and the more experienced guys rolled in as the day wore on.

The park itself turned out to be a perfect training spot, and it included a number of different sites that allowed the guys to work on different techniques. I’ve tried to document some of them below:

This is where we started out in the morning. The jumble of differently shaped “stacks” (actually vents for the subway below) provided a variety of obstacles for the guys and some of the shorter ones saw some pretty impressive double kongs/double cat leaps later on when the “big guys” showed up. 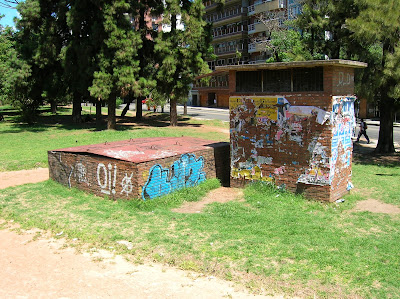 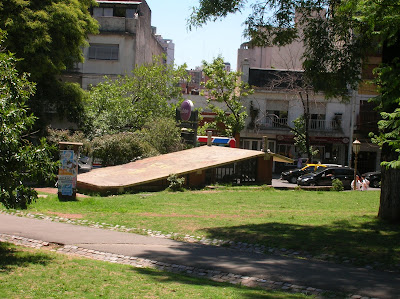 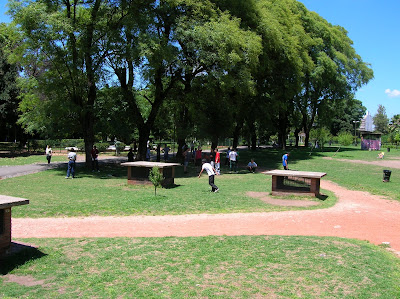 This part of the park was part of a relatively recent urban renewal project and served as a sort of community exercise area, complete with outdoor aerobics classes run by the city and a dirt track to one side. In addition to all the railings there were a number of tables that the guys used to introduce people to certain vaults. 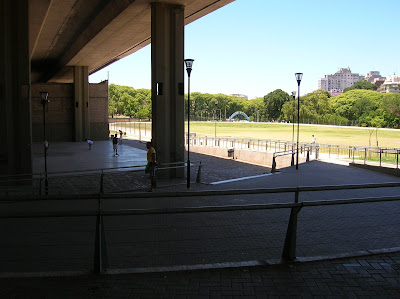 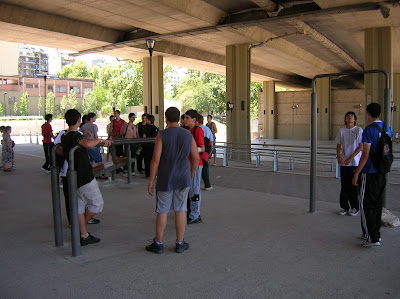 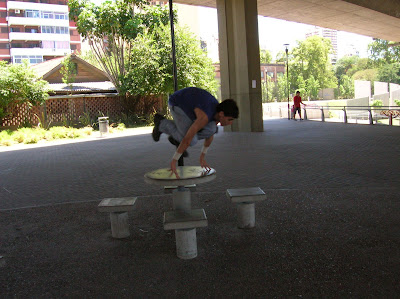 Like many of the fountains and statues in the city, this fountain is now abandoned and covered with graffiti. It is also a great place to train (although it gets really hot in the middle of the day, especially since there isn’t any shade here). 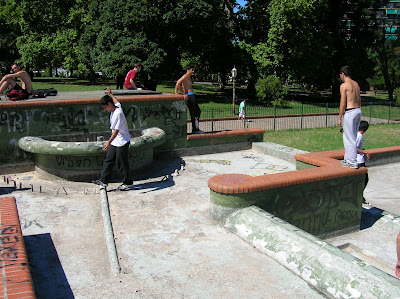 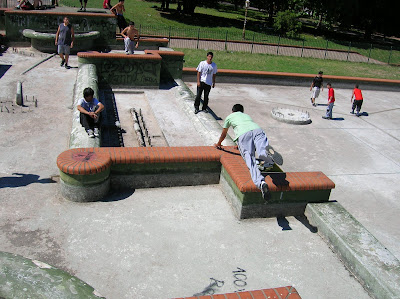 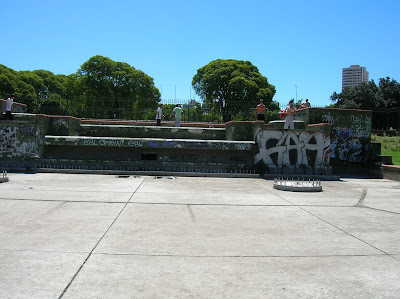 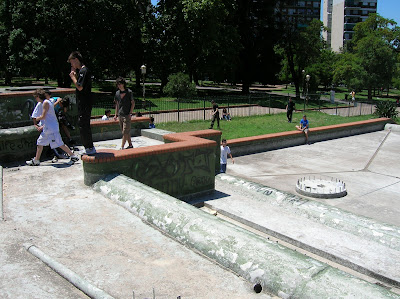 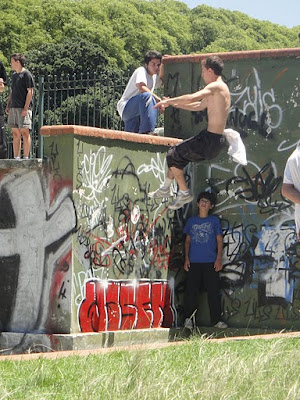 This small playground area seemed to be where a lot of the guys go to practice their flips and tricks when the gym that they use is closed for the summer holidays.  Here's a brief montage of the spots that we went too, as well as some action...

(Note: Since this is my first attempt at video editing comments and advice are both welcome and appreciated.)


Throughout the day I tried to keep track of the constant flow of new faces to the group. The guys were all very welcoming and were all very curious about my project. They also seemed to be very intrigued by the idea of a documentary at the end and I found that a few of them seemed to get an extra boost of energy when the camera wandered in their direction. By 4pm I was hot, tired, sore, and sunburned, but had had a great time hanging out and talking with the guys. I also had an invitation from some of them to join them on a training trip to “La Plata” the next day… (to be continued in "Parkour in Buenos Aires: Part 2 - La Plata")